Are People Now Questioning The Hype Of Cyberpunk 2077? 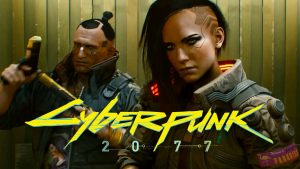 Once upon a time, there was a tabletop RPG called Cyberpunk 2020. Like its name suggests, it was set in a dystopian future in which mega-corporations have become too powerful for the government to control, which is a common conceit in the cyberpunk genre. Amusingly, while Cyberpunk 2020 claimed to be film noir in nature, some of its rules encouraged players to take their sessions in a direction more reminiscent of 80s action movies complete with their ludicrous kill counts. 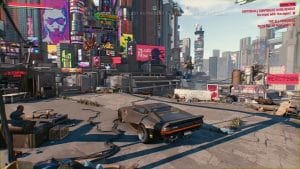 Regardless, Cyberpunk 2077 is an upcoming RPG from CD Projekt of Witcher fame, so-called because 2020 is no longer the distant future that it was when its source material came out in the late 1980s and early 1990s. As a result, it should come as no surprise to learn that players will be taking control of a fully-customizable mercenary named V, who will come upon both enemies and other challenges in the open world environment of Night City. Naturally, the player will be able to use a wide range of weapons as well as a wide range of other capabilities to overcome these challenges, meaning that interested individuals can expect plenty of action.

Why Are People So Hyped About Cyberpunk 2077?

Perhaps unsurprisingly, Cyberpunk 2077 is a much-anticipated game. In part, this is because interested individuals have been stewing in that sense of anticipation for years and years, seeing as how the initial announcement was made back in May of 2012. However, the more important factor is that the Witcher series has been very, very successful, meaning that there are a lot of people out there who have very high expectations for CD Projekt’s next project in spite of its changed subject matter. This is helped by the fact that said developer is pouring a vast amount of resources into it, with an excellent example being how there are now hundreds of people working upon it.

Is The Hype Getting Stronger Or Weaker?

Recently, CD Projekt released 48 minutes of gameplay for Cyberpunk 2077, though it made sure to caution interested individuals that what they saw wouldn’t necessarily reflect what they will play in the future because the game is still a work in progress. On the whole, the footage provided interested individuals with a lot of fodder of discussion, not least because it covered a wide range of subjects that matter to them.

For example, the footage covered some of the possibilities for the player character’s cyberware, which is one of those elements without which a cyberpunk work isn’t complete. It is interesting to note that cyberware options can have more than just a numerical effect, as shown by how one piece of cyberware enabled the player character to perform a double jump as well as jump off of walls. As a result, it seems reasonable to say that a player’s choice of cyberware will have a great effect on how they play through the game, thus enabling them to get the experience that they want out of it. 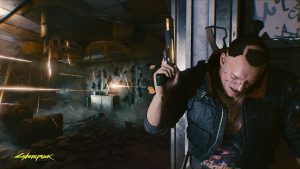 Likewise, the footage covered a wide range of other subjects that included but were not limited to narrative, combat, and even narrative choices, with the result that a lot of interesting information came out. Some of this was expected, as shown by the statement that Night City will be inhabited by numerous characters belonging to numerous factions. However, it was nonetheless good for it to be confirmed.

On the whole, the footage for Cyberpunk 2077 was well-received. Granted, there weren’t a lot of big surprises packed into the 48 minutes, but what mattered most was whether it looked like CD Projekt was doing a good job with its chosen premise or not. Something that seems as though it is managing once more. With that said, there were also some people who had more subdued responses to the release, which in some cases, was connected to the hype that has been built up by interested individuals.

Regardless, it is safe to say that overall, people remain interested in Cyberpunk 2077, though one can’t help but wonder whether that will change or not as time continues to pass. After all, there is still a long time to go until the game comes out, meaning that there is time for opinions to change under the right circumstances. 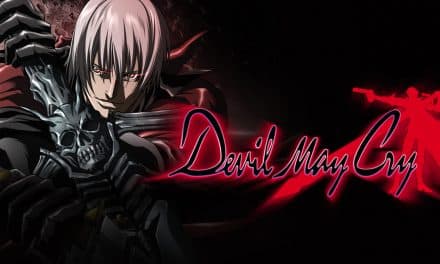