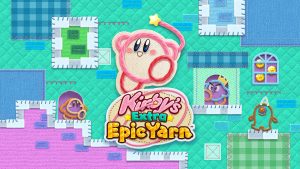 It has been revealed that Nintendo will be re-releasing Kirby’s Extra Epic Yarn for the Nintendo 3DS. Said re-release will contain a number of improvements on the original version. For example, there will be a new difficulty mode, which should boost the platformer’s replayability to some extent.

Furthermore, Kirby will have new Ravel abilities for use in combat as well as a new mode in which he will have the chance to redecorate his room using various pieces of furniture and other item. On top of this, there will even be new mini-games featuring both King Dedede and Meta Knight, who remain some of the best-known characters of the Kirby franchise.