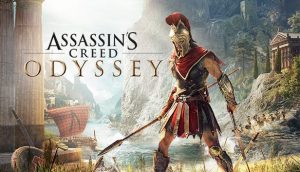 Are There Cheats in Assassin’s Creed: Odyssey?

What Are Some Unlockables and Other Information of Interest in Assassin’s Creed: Odyssey?

For example, Assassin’s Creed: Odyssey has a secret ending, which can involve a fair amount of effort to unlock. First, players need to unlock Atlantis by completing a side quest called “A Family Legacy” that is unlocked on an automatic basis after completing the main quest called “United Front.” Said process will involve heading to Thera where players will have to find a tablet using Ikraos before following the instructions to enter lost Atlantis. From that point forward, finishing up “A Family Legacy” should be a simple and straightforward matter, though it is no more than the start of securing the secret ending.

This is because securing the secret ending requires the player to take on four mythical monsters, which would be the Cyclops, the Medusa, the Minotaur, and the Sphinx. Each of these mythical monsters come at the conclusion of entire side quest lines, which can be started in Kythera, Lesbos, Messara, and Boetia.

Out of the four, the Cyclops, the Medusa, and the Minotaur are conventional boss battles, though perhaps a bit strange considering the setting. Due to this, while they are challenging, interested individuals should be able to beat them by learning their patterns as well as how to exploit those patterns. Generally speaking, most people will want to do so through firsthand experience, but they have a second option in the form of watching videos of the boss battles as well.

Meanwhile, the Sphinx lives up to its mythical source of inspiration by asking three questions that are drawn out of a pool of twelve potential questions. Players can win by answering all three questions, but if they get even a single one wrong, they can expect to have to start over, which will result in a new batch of questions chosen from the twelve. As such, people who aren’t so good at riddles might want to look up the answers to the questions, lest they become frustrated by having to redo the segment again and again.

Loot-wise, it can be very worthwhile to pick up legendary armor sets. This is because they can come with bonus buffs such as damage drain, increased resistances, and increased damage for certain abilities, thus making each one potentially useful under certain circumstances. Some of the legendary armor sets can be picked up by just beating certain quests and side quests. In contrast, others are literally loot in the sense that interested individuals will have to hunt down certain enemies, with Cult of Kosmos members being particularly common.

Achilles Set: Defeat all five Cult Of Kosmos members of the Heroes Of The Cult branch. The bonus stat buff is 2% damage dealt restored as health.

Agememnon Set: Defeat all five Cult Of Kosmos members of the Silver Bane branch. For the fifth armor piece, go to the Silver Mine near the “Silver Mountain” title in the Silver Mountain Region of Attika. The bonus stat buff is +50% burning rate.

Arena Fighter Set: Fight in the Arena on the isle of Pephka. Go to Pirate Point on the far east shore to find the Arena. Successfully complete all the battles, then complete the battles a second time to unlock all five legendary armor pieces. The bonus stat buff is 10% health restored with overpower attacks.

Artemis Set: Successfully complete the “Daughters Of Artemis” quests. The quest is available at the Temple Of Artemis, in the center of the Phokis region. Hunt all the Legendary Animals to unlock all five armor pieces. The bonus stat buff is +15% damage with hunter abilities.

Demigod Set: Loot Deimos at the end of the main story quest to get four of the legendary armor pieces. The fifth piece is found on the final Cult Of Kosmos member. The bonus stat buff is +10% damage with all abilities.

Greek Hero Set: Defeat five mercenaries carrying legendary armor pieces. Check their loot rewards to find the following five pieces: The Translucent, The Lucky Drunk, The Resplendent, The Frenzied, and The Flash. The bonus stat buff is +20% to all resistances.

Immortal Set: Defeat all five Cult Of Kosmos members of the Worshippers Of The Bloodline branch. The bonus stat buff is 20% health restored on death (two minute cooldown).

Pirate Set: Defeat all five Cult Of Kosmos members of the Gods Of The Aegis Sea branch. The bonus stat buff is +15% damage to all assassin abilities.

Snake Set: Defeat all five Cult Of Kosmos members of the Eyes Of Kosmos branch. The bonus stat buff is +10% intoxicated damage and weakening effect.

Spartan War Hero Set: Defeat all five Cult Of Kosmos members of the Peloponnesian League branch. The bonus stat buff is +15 damage to all warrior abilities.

Xenia’s questline has you use treasure maps to locate the following six treasure items: Golden Feather Of Ajax, Makedonian Bracelet, Triton’s Shell Of The Tides, Apollo’s Lyre, Pan’s Flute, and Olouros Fortress Coffer. Find all treasures to complete Xenia’s questline and get the “A Pirate’s Life For Me” trophy. The questline starts on Keos. At the start of story Sequence 7, you can find all the treasures. You are given multiple treasure maps by Xenia, but only one of them is correct. The way this is normally done is by checking all maps in the inventory against your world map to track down which could be the real spot. This can be a tedious process — so using the video guide below makes it much easier by showing you exactly where to go right away.

To find Atlantis and get the “Birthright” trophy, complete the “A Family’s Legacy” side quest, which is automatically unlocked after the “United Front” main mission in Sequence 7. The quest takes you to Thera, one of the Volcanic Islands. You must then scan the area with your eagle to retrieve an ancient tablet and then follow the beams of light to direct them to the giant stone door. Behind the door is Atlantis – The Lost City, where you also get to meet Pythagoras. This will then unlock “The Gates Of Atlantis” side quest, which is an endgame questline. You will get the “Birthright” trophy after meeting Pythagoras.

To fight the Medusa boss and get the “In Perseus’s Image” trophy for defeating her, complete the “Romancing The Stone Garden” (Lesbos Island), “Love’s Long Shadow”, “Hard To Artemis”, “Heavy Is The Spear”, “Keys To Happiness?”, and “Writhing Dead” side quests. Medusa is the endboss of this questline, found in the Petrified Temple on Lesbos. All of these quests take place on Lesbos Island, which is a high-level endgame region. Medusa is a Level 50 boss — so you need to be at least Level 46 to have a chance.

To complete the Sphinx riddle and get the “Riddle Me This” trophy, complete the “A Family’s Legacy” (Thera), “Lore Of The Sphinx” (Boeotia Region), and “Awaken The Myth” (Boeotia Region) side quests. The “A Family’s Legacy” side quest is automatically unlocked after the “United Front” main mission in Sequence 7. That side quest will take you to Atlantis. After discovering Atlantis, you will unlock the “Lore Of The Sphinx” quest. Unlike the other three world bosses, this one is not an actual fight but a series of three questions that must be answered correctly.

The tricky part is the questions are different every time. They are selected from a pool of 12 possible questions. The correct answers can be: Stars, Tree, Fish, Hummingbird, Sun, Memory, Moon, Mountain, Spider, Time, Death, River. If you answer incorrectly, you will die and have to answer a new set of questions. It is important that you remember your answers (or write them down). After the three questions, you must press three buttons corresponding with your answers. If you press a wrong button, you die and have to start over.

Becoming Champion of the Arena

The Arena is found in Pephka, the region in the bottom right of the world map. Defeat all five enemies in the Arena to become Champion and get the “Are You Not Entertained?” achievement. The last enemy is Level 50, but you can defeat him at Level 45 with good gear. At Level 50, the enemy is not too difficult to defeat. Note: Defeating just the Level 50 arena champ is not enough to get the “Are You Not Entertained?” achievement — you must defeat all five enemies.

To romance someone in Assassin’s Creed: Odyssey, you just need to find them and complete their side or main quests. Watch for a “romance” option, which just means sex. The following is a list of all characters you can sleep with. There will be a quick cutscene that shows how your character seals the deal.

Note: Romance has no effect on future romances. You can romance all characters in the game, if desired. There are no repercussions or negative effects from romancing any character, even if you romance women and men. Your gender selection at the start of the game also does not change who you can romance.

Odessa: She is a young relative of Odysseus. She can be found and rescued on Ithaka, in Odysseus’s Palace, to begin her quests.

Auxesia: She is an elderly woman that gives you a quest. She can be found in Phokis, on Mount Parnassos.

Xenia: She is a bronze-skinned pirate that sends you on quests to locate hidden treasures.

Roxana: She is a tough fighter. She can be found on the small island of Hydrea, where she is sparring.

Kyra: She is a long-hair Spartan rebel soldier. She is located in the Silver Islands region, on the isle of Mykonos. She can be found in the Porphyrion Cave.

Daphnae: She is a young “Daughter of Artemis”. She can be found near the Temple Of Artemis, in the Phokis region.

Kosta: He is a thick, bearded blacksmith that is located on on Lokris Island. He can be found in the port town on Red Lake Bay.

Alkibiades: He is a lean, silver-haired young man. He can be found in Athens, in the Attika region. You will meet him in Perikles’s house in Sequence 4.

Lykaon: He is a lean, rugged healer. He can be found in Phokis, in a town in the Sacred Lands of Apollo.

The “Hippokrates” questline starts with the “Inheritance Insurance” side quest in the Boeotia region. You must first complete all other side quests in Boeotia. This can be done as early as Sequence 7, when the story takes you to that region. Hippokrates’ questline consists of the “Inheritance Insurance” and “Too Much Of A Good Thing” quests. Complete this questline to get the “Trust Me, I’m A Doctor” trophy. 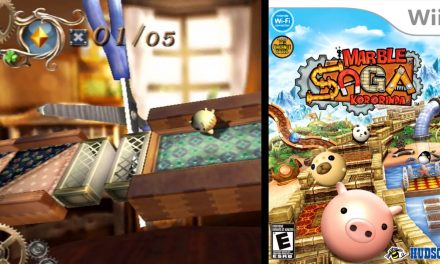 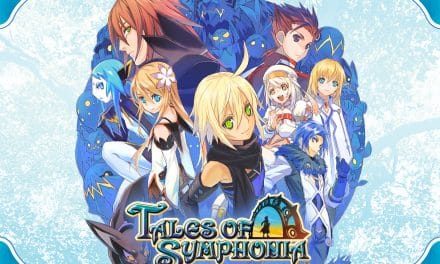 Tales of Symphonia: Dawn of the New World Cheats 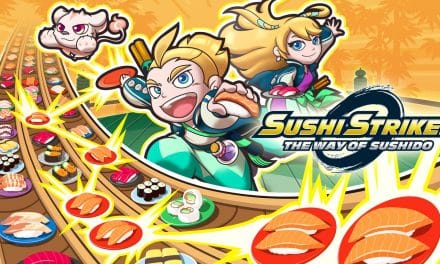