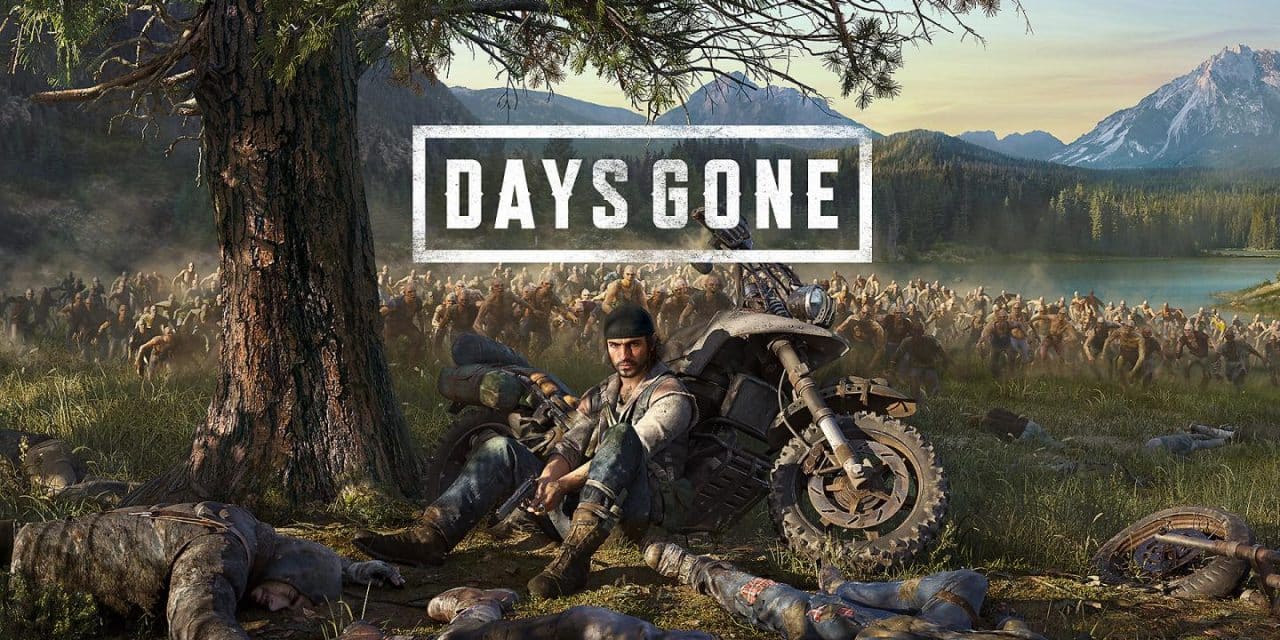 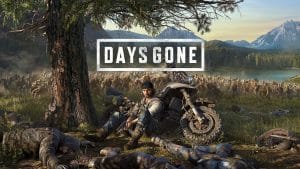 Days Gone has been released for the PS4. As such, interested individuals can find plenty of information on how to make their play-through as smooth as possible, as shown by these tips:

The motorcycle is one of the most important elements in Days Gone. Partly, this is because of its role in facilitating the player’s movement from place to place. However, it should also be noted that the motorcycle can be very useful for getting out of tough situations, which is pretty important when Days Gone is supposed to be a survival horror. In any case, this means that players should prioritize the motorcycle’s fuel tank when it comes to choosing between upgrades. This is because a bigger fuel tank makes for a more reliable ride, particularly the player doesn’t have the option of bringing gas cans with them. 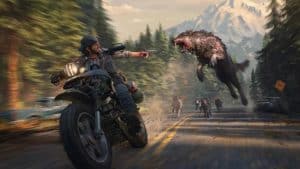 Sometimes, the best solution for a particular problem is to make a beeline for the motorcycle before riding off as fast as possible. After all, the world of Days Gone is a very dangerous one for lone individuals, meaning that discretion is the better part of valor. As such, when players are outmatched, they shouldn’t hesitate to run so that they will have the chance to come back at some later time. In fact, being able to run away well is so important that interested individuals should make a serious effort to pump up their stamina so as to maximize their chances of making successful escapes.

In some games, it isn’t uncommon for player characters to tear through hundreds and hundreds of zombies on their lonesome. Unfortunately, Days Gone is a survival horror, meaning that being outnumbered matters a great deal. In other words, until the player has picked up the tools and weapons needed to beat zombie hordes with relative ease, they are much better off avoiding such fights. Certainly, they will be able to take out two or three zombies with minimal issue, but that won’t help them when they get mobbed by the rest of the zombies in the horde. As such, players should be very careful about engaging zombie hordes even once they have acquired the best tools for the job. 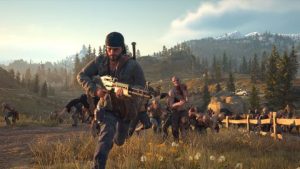 Don’t Hesitate to Use Up Your Crafting Materials

There is a limit to the amount of crafting materials that players can carry with them. As such, interested individuals shouldn’t hesitate to use them to make a wide range of useful tools, particularly since the right tool at the right moment can mean the difference between life and death. With that said, players will want to maintain a reserve of materials at all times so that they won’t run out when their need is greatest. 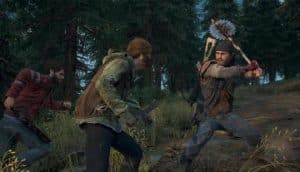 To view the secret ending, first complete the main story. After completing the final mission and watching the credits, you will return to the open world. You can completing any remaining side-missions, capture NERO Research Sites, and burn Freak Nests. Keep doing any of these activities. After enough time has passed, O’Brian will contact you over the radio to start the true final mission, “There’s Nothing You Can Do,” in the Old Pioneer Cemetery. Meet him for a huge revelation. Complete the final mission to get a secret NERO craftable weapon that uses ICPA Tech.

All Ambush Camp locations and walkthrough

Search the indicated locations to find all 14 Ambush Camps with underground bunkers in them. Clear all of them to get the “Ambush Camp Hunter” trophy. This video guide shows all Ambush Camp locations and a walkthrough of the entire camps, including where to find the bunkers. Conquering a camp reveals more of the world map and displays Historical Markers on the map. Furthermore, you get Crafting Recipes (including new Crossbow Bolts) as a reward. None of these are missable. After completing the story, you can visit all regions in free-roam and complete any remaining side activities and collectibles.

All Nero Checkpoint locations and solutions

Search the indicated locations to find all 12 Nero Checkpoints. They contain Nero Injectors (gives an upgrade to health, stamina, focus) and become available as fast travel points. You must always find a fuel canister and use it on the power generator to open the doors (sometimes you must also find a fuse — just follow the clues from the fuse box). None of these are missable. After completing the story, you can visit all regions in free-roam and complete any remaining side activities and collectibles.

Search the indicated locations to find all 18 Nero Research Sites. At the research sites, you will find Nero Injectors that grant stat upgrade (more health, stamina, focus). These are not required for any trophies and do not count toward your collectible progress, but they are very useful to get stronger.

All Infestations and Nest locations

Search the indicated locations to find all 13 Infestations in the game. Burn all Infestation Zone Nests and Crier Nests to get the “Infestation Exterminator” trophy. The Crier Nests are only found in the fifth and sixth regions. You can burn nests by shooting fuel canisters, throwing molotovs, or shooting incendiary bolts. The bolts are the the best option (unlocked by conquering eight Ambush Camps). You can keep track of your progress under “Storylines” – “Progress” – “Infestation Exterminator”. None of these are missable. After completing the story, you can visit all regions in free-roam and complete any remaining side activities and collectibles.

There are six Camp Guitarists in the game. They play a song for you that counts as a collectible towards “The Broken Roadshow” trophy. All of them are found in the third camp called Iron Mike’s. It is the camp in “Lost Lake” region. They all spawn between 7pm – 10pm (19:00 – 22:00) in the gazebo to the left after entering the camp through the main entrance (it is behind the bounties vendor). One spawns every evening. However, only a single one can spawn every evening. When the Guitarist is ready to begin, you can see a drummer in the gazebo. The drummer will then stop and let the guitarist play. The lights around the Gazebo will also light up to signal this. They cannot spawn at day or night, only in the evening.

There are six of Colonel Garret’s speeches in the game. They count as a collectible towards “The Broken Roadshow” trophy. They are all in the fifth encampment “Wizard Island” in the fifth region “Crater Lake”. All of them come from story mission — they are automatically unlocked and cannot be missed. Just play through the story and to automatically get these collectibles. The first one unlocks after the “I Know The Look” main mission. You then get a radio call from Kouri, and he will tell you that the Colonel gives an informal speech at dawn every day and tells you to attend. The other speeches become available as you progress in the story.

There are ten Marauder Camp quests in the game needed for the “Marauder Camp Hunter” trophy and storyline. The first two come automatically from early story missions in the “Cascade” region. The other eight are all from Encampment Jobs (side quests). Simply complete all of the Encampment Jobs to automatically get them. None of these are missable. After completing the story, you can visit all regions in free-roam and complete any remaining side activities and collectibles. Note: There are two temporary points of no return. One is at the end of the third region “Lost Lake,” and the other is at the end of fifth region “Crater Lake”. This will lock you out of some regions until the end of the story. After the story, the side quest giver in the fifth camp “Wizard Island” will change, but it does not void any of these quests.

There are 12 Anarchist Cairns needed for the “Go Kick Rocks” trophy. There are more in the game, but for the trophy you only need 12. Simply walk up to them and knock them over by pressing Square. None of them are missable. You can still find them after the story in free-roam. During the story, there are some temporary points of no return, but after the story the whole map opens up again and all areas can be revisited. You can keep track of how many you found under “Storylines” – “Trophies” – “Go Kick Rocks”.

This trophy requires the Nitrous 3 upgrade for your bike. The Nitrous 2 upgrade will not work because the boost only lasts 4.5 seconds. The Nitrous 3 upgrade lasts for over 6 seconds. First, buy the Nitrous 3 upgrade from the fourth camp “Diamond Lake” in the Crater Lake region. This requires you to first reach Trust Level 3 with this camp. Complete all story missions and encampment jobs there (side quests), and then kill all hordes in the Highway 97 region. This is best done after the story because then the hordes automatically get marked on the map. Use the Chicago Chopper gun to quickly kill hordes (bought at fifth camp “Wizard Island”).

Once you got the Nitrous 3 upgrade, you can get the trophy. You must drift in a large circle (driving a donut with the front wheel locked in place does not count). You need to speed up just a little bit. Then, hold Left Analog-stick + R2 + Circle + X. This takes some practice and the tracking for this may be a bit off. It can take an hour of trial and error before getting the “Burnout Apocalypse” trophy.

While your bike stands still, press Left Analog-stick + R2 + Circle to make your bike spin in a circle. Make sure the front wheel stays locked as you do this. You cannot be driving in a circle for it, as only a “donut” counts — so the front wheel must stay locked in place. It is best to do this at a fuel station so you can refill the tank. The best place is at O’Leary Mountain Safehouse (Boozer’s Tower). There is a fuel station and it is a safe area where no Freakers can reach you. Drive in a donut until fuel runs out, refill fuel, repeat. You can keep track of your time under “Storylines” – “Trophies” – “Farewell Drift”.

Easy “This Is A Knife” trophy

Breakers are huge muscular Freakers that like to bodyslam you. Reachers are the most agile Freakers, as they like to dodge and hide and have some fur on their backs (do not confuse with Runners). Ragers are infected Bears that have more health than normal Bears and have a blade sticking out their back. You encounter all three of these enemy types in free-roam in the fifth region “Crater Lake” and in the sixth region “Highway 97”. After the story, they will spawn in all other regions. The best and easiest way to get the “This Is A Knife” trophy early is in the “Playing All Night” story mission. It is the first time you visit the fourth region “Iron Butte”.

There you will fight a single Breaker (unmissable). The great thing about this spot is that it shows you the health of the Breaker, while in free-roam it does not. Try to get the trophy during this opportunity. You can first weaken the enemy with other weapons. Only the final hit must be from the Boot Knife, which is the default knife you always carry with you. 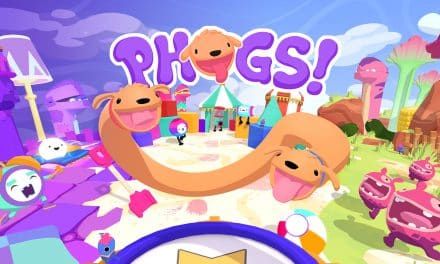 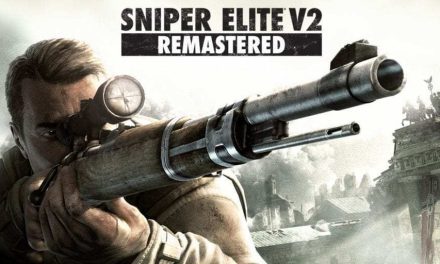 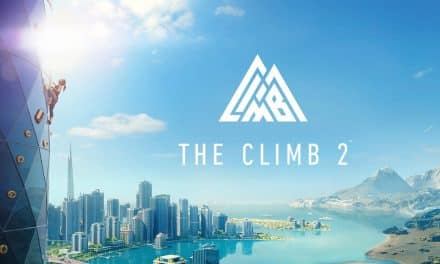 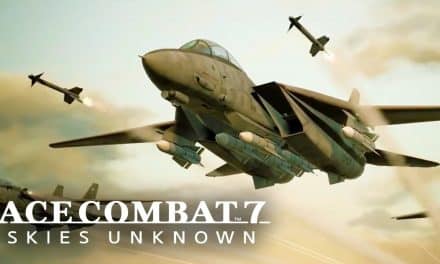