Video games won’t sell unless interested individuals know about them. As a result, video game advertising can be very important for video game developers, particularly if they can’t count on either their fame or the fame of their franchises to ensure sales. However, such efforts tend to be both complicated and time-consuming, which is why interested individuals should look into the video game advertising services offered by Woodstock Production.

There are a number of reasons why video game developers should consider choosing Woodstock Production:

For starters, marketing is a full-fledged field in its own right. As a result, those with the relevant expertise and experience can provide much better results than those without. Certainly, interested parties can pick up that expertise and experience through their own effort. However, it can be very risky for them to do so while they are seeking to sell their video game at the same time, meaning that this tends to be ill-advised. For that matter, if they are video game developers, they might not have the time to spare for such efforts.

Speaking of which, one of the most useful assets in marketing is an established relationship of trust with potential customers. Basically, we are bombarded by advertisements on a regular basis, meaning that most of us have become skeptical of strangers seeking to sell their products and services to us. This is something that can be overcome through both time and effort, meaning that newcomers to video game advertising are by no means helpless against it. However, the issue is whether interested parties can spare that time and effort. Fortunately, video game developers have a shortcut in the form of teaming up with someone with an established relationship of trust, thus enabling them to save themselves a lot of trouble in the process.

Different consumers use different platforms. This is a serious issue because video game developers want to make sure that their advertisements reach the consumer segments that are most receptive to their video game, which should boost their chances of making a successful sale by more than otherwise possible. One way to overcome this problem is to gain a deeper understanding of the relevant consumer segments so that interested parties know how to make the most persuasive pitches as well as get those pitches to the places where said individuals are likeliest to see them. Something that tends to be challenging but nonetheless rewarding. Having said that, it also helps for video game advertising to be sent out on a wider range of platforms, thus hitting more people than otherwise possible.

Woodstock Production is in an excellent position to help out interested individuals with this, as shown by our full selection of video game advertising services. For example, if video game developers want something simple and straightforward, they can opt for either a banner advertisement or a Twitter advertisement. In contrast, if they are interested in making their case in more detail, they should consider checking out our options for a guest blog post. A combined approach enables video game developers to reach out to more people while choosing a professional service provider such as Woodstock Production can help them mitigate the increased complexities of the same. 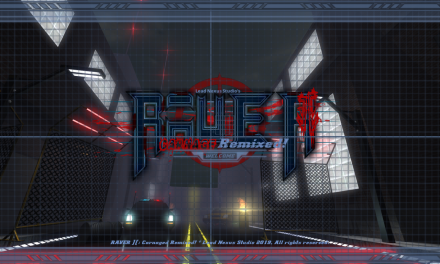