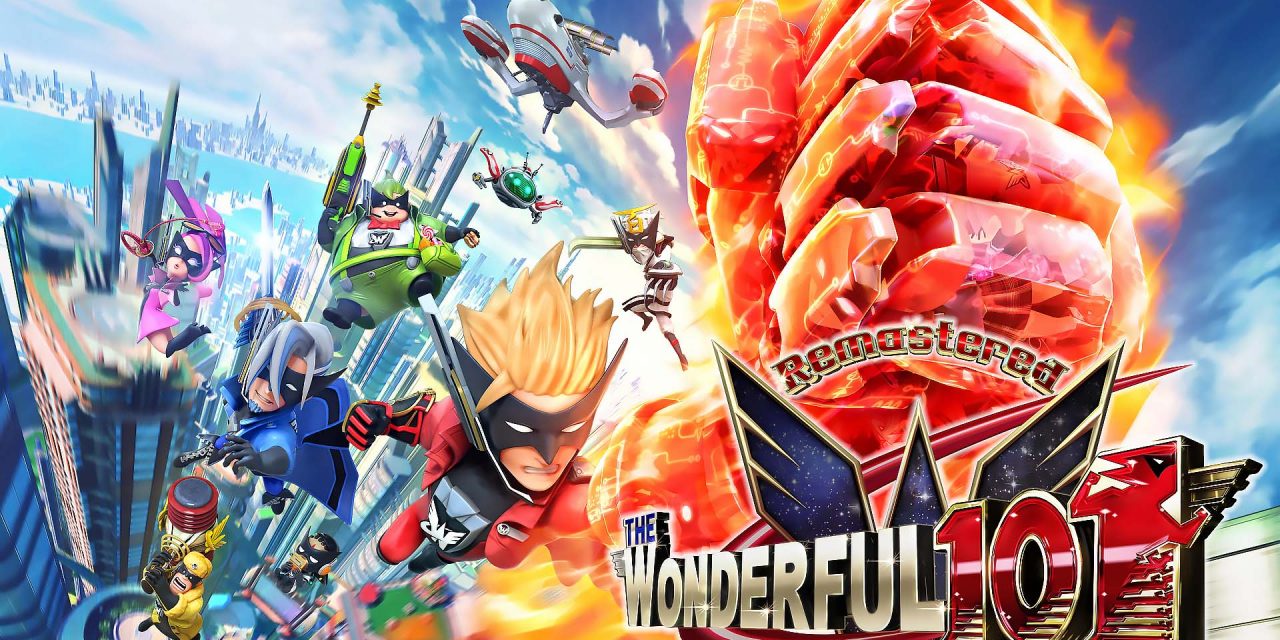 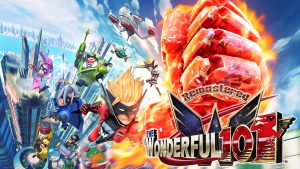 Wonderful 101 was a PlatinumGames title for the Wii U. It was praised by the critics. However, it failed to meet the expectations laid out for it. Still, it is clear that Wonderful 101 managed to find a following, seeing as how there is now a remastered version for the Nintendo Switch plus other platforms made possible by crowdfunding.

What Are Some Wonderful 101 Tips to Keep in Mind?

Here are tips for Wonderful 101 to keep in mind:

Visit the Wonderful Mart on a Regular Basis

Wonderful 101 has a shop called the Wonderful Mart. Players should visit it between missions to stock up on not just one-use items but also upgrades for their team. In the first case, this is important because those one-use items can make the difference between success and failure, which is something that can save interested individuals a lot of frustration in the long run. Meanwhile, in the second case, upgrades are important because a more upgraded team can take on much tougher challenges than otherwise possible.

Generally speaking, people have a preference for quality over quantity. However, it is important to remember that quantity is a quality of its own, meaning that numbers are always a critical consideration. Wonderful 101 is no exception to this rule. For proof, look no further than the fact that bigger numbers make for more powerful Unite Morphs. There are a number of insights that can be gained from this. For example, interested individuals should recruit normal citizens into their superhero team whenever the chance comes up. Likewise, interested individuals should revive the members of their superhero teams that have been stunned by their opponents.

Smash Everything (The Wonderful 101 Cheats and Tips)

Wonderful 101 is one of those games with destructible scenery containing goodies. As a result, players should smash everything that they can smash so that they can collect what comes out. Primarily, this means O-Parts that can be used to purchase things in the Wonderful Mart. However, they can expect to see items from time to time as well. In this as in other things, thoroughness can pay handsome dividends for those who practice it.

Don’t Focus Too Much on a Single Opponent

In a lot of titles, the best tactic is to focus on a single opponent starting with the most threatening and finishing with the least threatening. Basically, the idea is that interested individuals will make very slow progress if they spread out their attacks, meaning that they should instead concentrate their efforts on the biggest problems on the battlefield to make matters easier and easier for themselves. However, Wonderful 101 calls for a more defensive tactic. Here, interested individuals should be spreading out their efforts so that they won’t tunnel-vision on a single opponent at the cost of blinding themselves to other opponents.

Otherwise, they run a very real risk of getting hit when they aren’t expecting it, with the result that their team will be strewn about the battlefield. Of course, this doesn’t mean that interested individuals can’t capitalize on opportunities when those come up. For instance, if one of their opponents have been stunned, they should use that to hammer them as much as possible so long as they remain aware of the need to avoid others. Basically, they still want to eliminate their opponents as fast as possible, but they need to adopt a more defensive mindset while they do so, meaning that they will have to sacrifice some of their efficiency for the best results.

Practice the Unite Morphs (The Wonderful 101 Cheats and Tips)

The Unite Morphs are one of the most important systems in Wonderful 101. As such, interested individuals should spend some time practicing them until they are second nature. This is particularly important because they are going to need to chain the combat-oriented Unite Morphs into combos for the best results, meaning that they need to be fast. Fortunately, this means that they can be more relaxed with the other Unite Morphs, meaning that they don’t necessarily need to be capable of doing every single one of them with that kind of speed. Something that should reduce the amount of their needed practice time.

For instance, it should come as no surprise to learn that some Unite Morphs are more important than others. One excellent example would be Unite Guts, while another excellent example would be Unite Spring. This is because the first is the block mechanic while the second is the dodge mechanic, meaning that the two can enable interested individuals to survive much longer than otherwise possible. Fortunately, players don’t have to wait long because they can pick up both Unite Guts and Unite Spring from the Wonderful Mart as soon as they have completed the prologue. As for using them, well, suffice to say that it is a matter of timing. If interested individuals can get the timing for Unite Guts right, they can prevent incoming damage while creating a chance for a counterattack. Similarly, Unite Spring is a bit more forgiving, but in exchange, it isn’t quite as good as Unite Guts when it comes to creating opportunities.

Use the Item Synthesizer

Wonderful 101 has an item synthesizer mechanic. Naturally, this means that interested individuals should toss in their space vegetables to see what comes out of the other end. Sometimes, the result will be healing items. Other times, the result will something else that is no less useful. As such, it is a good idea for the player to check to see what they can make from time to time. In particular, it is worth mentioning that the item synthesizer can create Custom Blocks, which are definitely something that interested individuals should look into.

These items are items that can be equipped to boost the team’s capabilities as well as change up the team’s capabilities, both of which are very useful to say the least. The item synthesizer isn’t the sole source of Custom Blocks. However, buying them from Wonderful Mart can get rather expensive, which is why the item synthesizer makes for such a convenient source of these items when interested individuals run short on O-Parts.

Successfully complete the game. Start another playthrough, then hold ZR and press Up, Down, Up, Right, Left, X, B, Y, A while standing at the precise location at the listed area of the game to unlock the corresponding character for purchase. Note: You must spend the indicated amount of Platinum to unlock them.

Bayonetta, Jeanne, and Rodin for 2 million Platinum: Near the start of “Operation 001”, outside the school.

Captain Wanda, Wanda Guranpusu, and Wanda Scarf for 1 million Platinum: At the start of the “Prologue”, right where you spawn.

Chewgi, Immorta, and Prince Vorkken for 1 million Platinum: At the shield generator in “Operation 009-B”.

Daddy, Future, and Red for 1 million Platinum: In Mission 2, during the battle with the Laambo in “Operation 006-B”, go west to find a bowl of soup. Enter the code at that spot.

Director, Goggles, and Poseman for 1 million Platinum: After the vehicle is first separated in the “Epilogue”.

Successfully complete the indicated achievements to unlock the corresponding character:

101% Wonderful Hero: Successfully complete all stages on the 101% Hard difficulty.

Platinum Paragon: Get a Platinum or higher in all Operation Results screens.

Lord of Tight Spaces: Reach all the hidden areas in Operation 004.

Wonderful Hero: Successfully complete all stages on the Hard difficulty.

Battling a Thousand!: Use the bat to hit away all the molecular disintegrator shots fired by Die-Tiekuu without missing once.

Ah, Now That’s Better: Cut down all the weeds growing in Operation 005.

They are… The Wonderful 101!: Successfully complete all stages.

The Harder They Fall!: Defeat the Vaaiki without letting it get big.

Full-Fledged Stomper: Obtain half of the underground items.

Successfully complete the game on the Normal difficulty to unlock the Hard difficulty, gallery, and character biographies.

See through Wonderful Ones’ mask

During a cutscene, hold ZR to see through the Wonderful Ones’ mask. 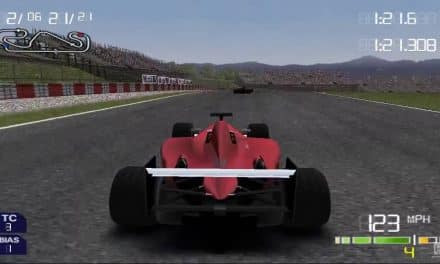 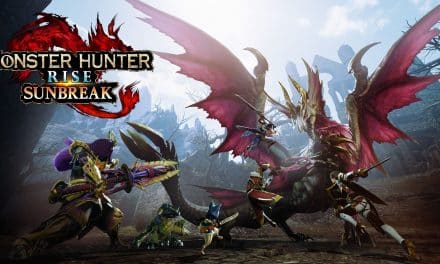 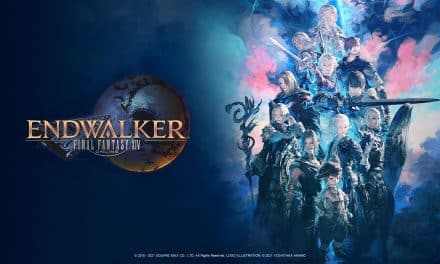