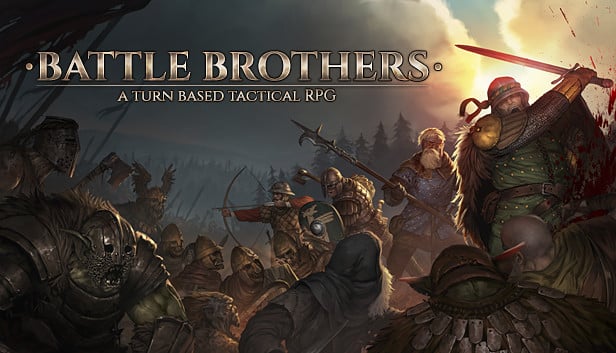 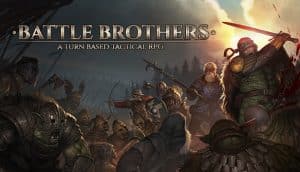 You are going to be thrown into a fight here; it should be fairly simple. There is little you can do to really impact the outcome. A much more impactful choice is coming up, and that’s recruitment. It will be a while before you have this much money again, so it’s worth being careful here. In my game, I got a decent selection and picked up a Brawler, Miner and Shepherd. These backgrounds are your bread and butter in the first few battles when you first get going, some can even survive to become formidable late-game brothers.

Brawler is one of the best super-cheap backgrounds, and Miners are decent too; the Shepherd I just grabbed because he was cheap. Weirdly, he turned out better than the Brawler. I passed on the Deserter because they are often pretty bad due to low resolve. Also, a bow does not mean a character is going to have ranged skill, so I would need to buy a new weapon on top of the steep asking price. I checked, and it turned out the Miner beats the Deserter in every stat except stamina; the Deserter’s resolve was so low he was barely usable.

Be on the lookout for Brawlers, Miners, Butchers and Fishermen. Farmhands aren’t quite what they used to be since a patch but still worth picking up. A Priest can make a good bannerman but not much else. Hunters make the best archers, but they tend to be pretty pricey for the very early game.

It’s now time to start equipping your recruits. Less is more in terms of brothers. The game scales based on the size of your party. This makes it possible to rebuild, or “Build Back Better”, as every politician would say nowadays, after a pyrrhic victory. It also advantages small well-equipped parties over an unarmoured mob. So don’t blow your cash on men and instead pick up some armour. ‘Padded Leather’ is a solid choice as it’s very cheap, along with maybe ‘Leather Lamellar Armour’ for your best brother (anything 70+ works right now).

Don’t neglect head protection either; if you are hit in the head, your body armour does absolutely nothing to protect you in this game; you might well die leaving a pristine suit of expensive gear. Ordinarily, you want to leave a good amount of cash for wages (hover over your coins icon in the top right to see how much is needed daily). But, in this start, you have a guaranteed income stream from the Hoggart fight, so better to safe than sorry.

If you have been smart in equipping your team, you should be able to dispatch Hoggart’s men without taking much damage. The spearwall ability is your friend here. Usually, spears are on the weaker end of the weapons available in Battle Brothers but when enemies have limited armour as you are getting started, they can be really helpful to hold a flank. Using spearwall next to an object protected my flank whilst I took out the other enemy flank.

It’s probably time to start levelling a couple of brothers. There are two ways to go with levelling: follow build guides or experiment. The image above should give you a few tips on what to choose. I like to put colossus on all frontliners, not got enough health? Pick Colossus to make up for it. Got a lot of health? Pick Colossus to get max value from it. Otherwise, most abilities are decent, and I have highlighted the ones I like to use for particular builds.

Archers tend to be a little situational compared to Throwers, and abilities that seem specific to them aren’t that crucial. I swapped my starting Crossbow into a Thrower as soon as it got some axes from a barbarian.

Stats are pretty self-explanatory; the stars add to your brothers’ growth potential by guaranteeing an extra available point per level. Initiative is rarely worth it outside specific builds. Melee/Ranged skill and Defense are the most valuable and hardest to increase, so take any 3s in a relevant column, but otherwise, just try and keep a good balance. Super high Melee Skill isn’t so great if you don’t have the resolve to keep control of the brother.

You are also going to be asked to pick up a goal, the early goals are Battle Brothers’ way to direct you in how to get started. However, goals like ‘reach 12 brothers’ can end up making the game harder for you in the long term. Always try and take the easiest one, as you can only have one at a time. You are also going to need to take on a job; start with those with only one difficulty skull but don’t feel afraid to move fairly quickly on to two and three skull jobs when your men are well equipped and not wounded. It is mostly scaling on how far into the game you are and how many brothers you have.

What you want to avoid is taking the escort, finding and package delivery quests; these take too long and let the difficulty curve get away from you. Though sometimes you might be told to go where you were heading anyway, in which case they’re helpful. Finding locations is an especially enormous waste of time unless you are ready to tackle them too. Only take these if you are specifically looking to avoid a fight for a while, maybe you have super damaged equipment or you have lots of wounds and need an easy way to get cash. 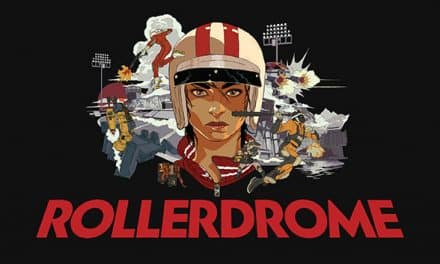 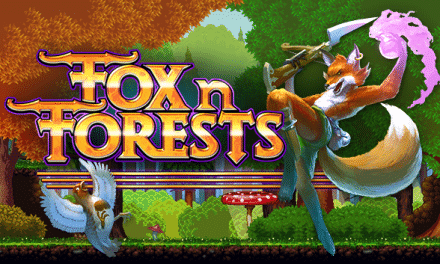